The Heisman Approach to Christian Theology

Posted on February 8, 2018 by smaxreisert

Many years ago, when I was in graduate school, there was a saying that became part of the language of my group of friends: “the Heisman.” You may be familiar with the Heisman Trophy, awarded each year to the most outstanding college athlete in the United States. Among my friends, the use of the phrase “The Heisman” had nothing to do with football. It had to do with what the trophy looks like, in that it looks like the figure is pushing away from someone or something: 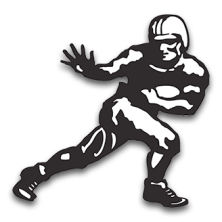 At a recent gathering of United Church of Christ clergy, as well as a few lay people, one of the younger people in our midst, a graduate of a respected divinity school, suggested that the theology he had learned was really not at all part of the work that he did, work that he claims to be inherently ministerial (in a chaplain-type setting). The theology that he had learned remained in books lined up on a dusty shelf in his office.

In response to this, I asked him if he really left that theology on the shelf. Is it really not in any way part of the work that you do? I asked. His answer was that it is indeed not any part of the work that he does.  No matter, though, for the rest of my clergy colleagues.  They approved him for ordination.

When I shared a concern about this exchange at another gathering, attended mostly by other United Church of Christ clergy, the only response I got was a couple of shoulder shrugs.

And at yet another meeting, this one involving the Maine Conference UCC summer camp, the out-going camp director reflected on his long tenure at the camp. When he began, all he had to do to entice people to attend camp was to put a photo prominently on the brochure of the camp’s outdoor chapel cross with a sunset in the background. The cross, though, is now a liability. It not only doesn’t entice people as it once did, it repels them.  He, at least, expressed sadness at the change he has witnessed.

There’s certainly plenty of reason for people to be suspicious when it comes to Christian groups and denominations. The other day, I came home to find my 18-year-old son watching the film Spotlight, the Oscar winning film about The Boston Globe team that uncovered the vast conspiracy in the Roman Catholic Church to shield priests who had sexually abused children.   It’s just one profoundly sobering example of how very un-Christian Christians can be.

Still, for those of us who remain within the Church, trying to live in the midst of and endeavoring to live out of what we find to be good about Christianity, I find it unsettling to think that so many seem prepared to “throw the baby out with the bathwater,” giving much of Christian theology “the Heisman.”

I can’t say that I’m often an eager theologian.  And, while I don’t usually quote important theologians in my sermons, I can’t imagine doing this work without the theology.  After all, how can we even engage with our sacred texts without the theological lens?  The Gospel writers, for instance, weren’t historians or biographers.  They were really theologians, telling a story about Jesus the Christ, who and why he was and is.

What are we, who are we, without the theology, without an interest in active engagement with the study of God and God’s relationship with us and creation?  I’m not sure, but I don’t think it’s what I want to be, or where I want to go.  It’s one thing to grapple with traditional elements of Christian theology, considering and re-considering their meaning in a modern context.  It’s quite another to heave it all out the window, pushing it far away.

The Heisman approach to Christian theology may seem and feel a lot more comfortable and palatable to some, but it leaves us unmoored and drifting from the very thing that gives us life and sustains our faith in a deep and abiding way.   To heave our theology also diminishes the love and hope we claim to want to share.